In this post I contemplate the effects of stereotypes and biases. I hope that this will encourage you to examine these ideas too. I promise I’ll get back to more science soon.

Just over a week ago, I helped with an outreach event for year nine students. Some of the astrophysics PhD students and I ran an interactive lecture on gravity and its importance in astrophysics. These type of events are fun: you get to teach some physics to a (usually) enthusiastic audience, and hopefully inspire them to consider studying the subject. I also get to play with our Lycra Universe. I think it’s especially important to show students what a university environment is like and have them interact with real scientists. It is important to counter the stereotype that studying science means that you’ll spend all day in a lab wearing a white lab coat. (Although that would be cool. I’d want goggles too, and maybe a doomsday device).

This event was to promote the studying of STEM subjects. That’s science, technology, engineering and mathematics, because there’s nothing like an acronym to make things accessible. It is often argued that we need more people trained in STEM subjects for the economy, industry, or just so we can finally get pizza over the Internet. I like to encourage people to study these areas as I think it’s good to have a scientifically-literate population. Also, because science is awesome! The event was aimed specifically at encouraging a group who are under-represented at university-level STEM, namely girls.

There has been much written on gender and subject choice. I would recommend the Closing Doors report by the Institute of Physics. I will not attempt to unravel this subject. In all my experience, I have never noticed any difference in aptitude between genders. I don’t believe that the ability to pee standing up gives any advantage when studying physics—one could argue for a better understanding of parabolic motion, but anyone who has paid attention to the floor in the gents (I advise against this), knows this is demonstrably not the case. I assume the dominant factors are social pressures: a vicious circle of a subject becoming more associated with one gender, which makes people feel self-conscious or out of place studying it. Also: there are always bigots. It’s a real shame to be potentially missing out on capable scientists. There have been many attempts to try to counter this trend, to break the cycle—some of them truly awful.

Good arguments have been made that the gender segregation of toys pushes girls away from science and technology from an early age. (For some reason, there seems to be a ridiculous idea that women can only relate to things that are pink). It makes sense to me that if only boys get the chemistry sets and construction toys, then they are going to be more numerous in the STEM subjects. The fact that a few female LEGO scientists merits coverage in nation newspapers, the BBC, etc. shows something isn’t quite right.

We are all influenced by our childhoods, and this got me thinking: I know of negative impacts for women from these gender biases, what are they for men? If women are under-represented in engineering, maths and physics, then men must be under-represented somewhere else to balance things: namely English, biology (conspicuous amongst the STEM subjects) and languages. We are short of male teachers and nurses. It seems that men are pushed away from caring careers or those with emphasis on communication.

The lack of men in certain professions is a problem, although I would say less so than the continued under-representation of women at senior positions (say as professors, CEOs or members of government). I was about to relax, since I hadn’t uncovered yet another unconscious bias to add to the list. Then I checked the news. I don’t know what’s in the news when you’re reading this, but at the time it was conflict in Ukraine, Iraq and Israel–Palestine—I assume things are much better in the future? One thing that struck me was that the combatants in the photos were almost exclusively men. It then occurred to me that for every girl who plays with a ballerina doll, there is a boy who plays with an action figure with a weapon. I’m not as naive as to suggest it’s a simple as growing up to be exactly like your toys (I, regrettably, am neither a dinosaur nor a cuddly elephant), but perhaps it is worth keeping in the front of our mind what identities we associate with each gender and how we project these onto children. I don’t want to say that being a ballerina isn’t a good vocation or hobby, or that being a soldier is a bad career. (Curiously, I believe that some of the requirements to be a good ballet dancer or soldier overlap, say discipline, determination, physical fitness and, perhaps, empathy). However, I think it is dangerous if we raise girls who primarily aspire to be pretty, and boys who resolve conflict through violence (men are both more likely to be victims of homicide and suicide).

In conclusion, stereotypes can be damaging, be it that scientists are all socially-awkward comic-book geeks as in The Big Bang Theory, that men can’t talk about their feelings, or that women must be mothers. There is a balance between the genders: by assigning one quality to a particular gender, you can push the other away. Mathematical ability shouldn’t be masculine and compassion shouldn’t be feminine. This is not a new idea, but conveniently coincides with Emma Watson’s wonderful speech for the UN as part of the HeForShe campaign. Cultural biases might be more significant than you think, so give them some extra attention. Sexism hurts everyone, so let’s cut it out and all go play with some LEGO. 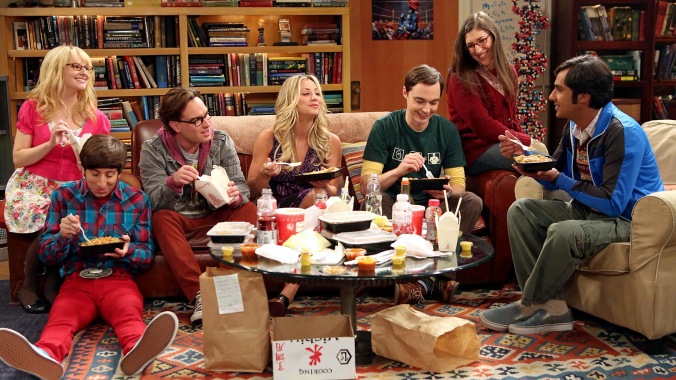 The Big Bang Theory‘s popularity has been credited with encouraging more students to take physics. The cast reflects traditional stereotypes: the men are physicists, an astronomer and an engineer, the women are two biologists and Penny.